What To Do With Wine That Sucks

As a wine blogger, I am fortunate enough to taste hundreds of bottles of wine annually.  And while most of my friends think that's a glamorous and "lucky" benefit of being a wine writer, I always caution them this:  It's hard work.  Seriously.  If you're just popping a cork and pouring, go get a bottle of grocery store plonk and get drunk like the dude pictured below.  That's not drinking wine.  Correction - that's not tasting wine.  That's not learning anything about the wine, the terroir, the appellation or the story behind the label.  To me, that's not only important but critical when sharing my thoughts on this amazing product. 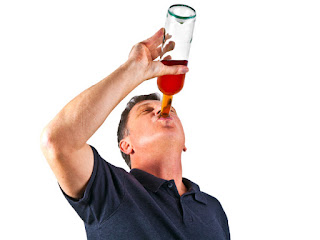 The title of this article may seem brash, but it is a valid problem, at least for some.  Those without any perceptible palate won't know, won't care and will just tell you the bottle was, "eh, ok".  Is it bad that I'm starting to get a headache by playing that exact scene over and over?  Let's move on....
Bad wine.  What do you do with it?  First of all, you have to recognize that you wine is bad.  If you don't know this Wine 101 tip, you should learn.  A good rule of thumb is this.  If a wine smells bad when you pour it (yes, you must pour it into a glass or decanter and not chug it) then you should follow your nose.  If you open your prized 1964 Chateau Claret and it smells like nail polish remover, rotten eggs, garlic or newspaper, then it has crossed the bridge from brilliance to bunko.  To me, the most common indicator of rotten wine is the smell of damp newspaper or a strong rubbery odor. 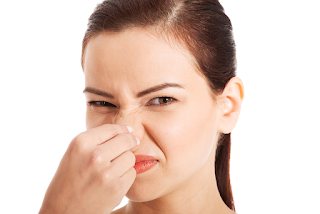 I'm not talking about a wine that has become stale after you opened it and sat it on your kitchen counter for two weeks, expecting it to taste the same as it did during your card party.  Oxidation is going to cause your wine go become stale, go flat and lose any hope of recovery.   It looks like you should have consumed the whole bottle instead of wasting your precious resource. 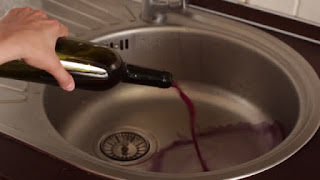 So what are we going to do with this wine?   We are going to toss it out.  Pour it down the sink.  Flush it down the toilet.  We aren't going to put it in the dog's water dish and you damn well better not be cooking with it!   Admittedly, I have had wine that I felt was less than stellar and I used it to cook with for a few days.  But I have never used corrupted wine to put in my food.  If you won't put shitty wine in your mouth, why add it to your food?
As a wine blogger/writer, what to do with wine that sucks gets a bit trickier.  Let me first say that if you are reading a wine blog that tells you how terrible a wine is, then you need to find another blog to follow.  We, as writers, should be promoting GREAT wines and the people behind them.  Shaming someone who doesn't have a product that is up to par does nothing but make the writer look like a jackass.  The blogger probably thinks they are being cute, but they aren't  They're a dick. 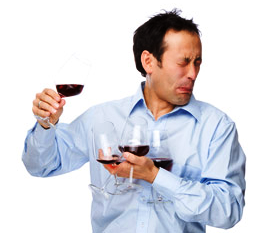 As a wine blogger, most of the time I taste one or two wines at a time.  I know that the large wine publications have a large staff that literally taste dozens and sometimes hundreds of wines per sitting.  That's an amazing feat but not for me.  I like to really study the wine and not just sip and spit.  And I will tell you from personal experience that 98% of the wines that I taste and 100% of the wines that I write about are very good and worth your money.  They wouldn't be here otherwise.
Back in 2014 while writing for my previous blog, Midwest Wine Guy, I was sent twelve small sample bottles from a winery in the middle of the United States.  I had originally read their wine and travel blog and found it not only entertaining but captivating.   I was so enamored by their stories that I knew I had to sample their wines.  The wines arrived and I opened the first one.  Yikes.  Vinegar.   No big deal, right?  There were 11 more varietals to try.  Bottle 2 - spoiled.  Bottle 3 - disgusting.  Bottle 4 through 12 met the same fate.   Bad wine.  I guess the only benefit from these bottles is that I did the right thing by recycling them, as I do with every bottle. 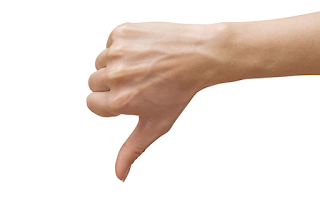 Never having experienced this before, I quickly reached out to my dear friend Jim Caudill, a giant in the wine industry with an amazing palate.   Although I was panicked and avoiding emails from the sample provider, Jim told me that being polite and direct was the best approach.  "I'm sorry, but I don't think that the wine you submitted is the best representation of your craft.  There's a chance that the wine became spoiled (in shipping usually) so I'm afraid I'm unable to provide my thoughts on your subsmissions."   Wow!   I thought that sounded great and I quickly fired an email to the vintner explaining my position.  What I received in return was a barrage of insults and curse words and the famous comparison of not knowing my back side from a hole in the wall.   Good times. 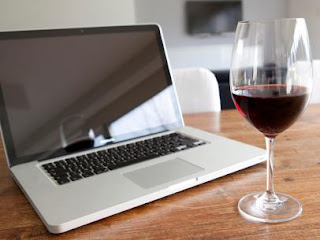 I actually didn't write for several months after that and began questioning my abilities to taste and write about wines without bias.  Then one day I thought "to hell with it" and moved on.  I'm a better blogger because of it.  This was a good lesson in honestly and humility.
So what did we learn here today?
Wine = bad?    Don't drink it.
Wine submissions that are genuinely bad?   Don't write about it and be kind.
Cheers!
at July 09, 2020
Email ThisBlogThis!Share to TwitterShare to FacebookShare to Pinterest
Labels: wine, wines

It's not every day that we get to taste wines from New York's Finger Lakes Regions.  But if you're going to have the experienc... 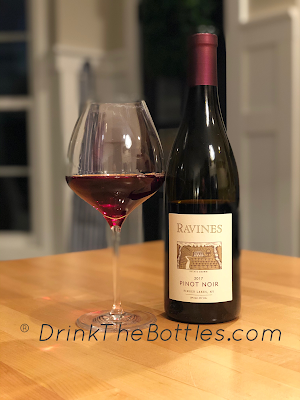